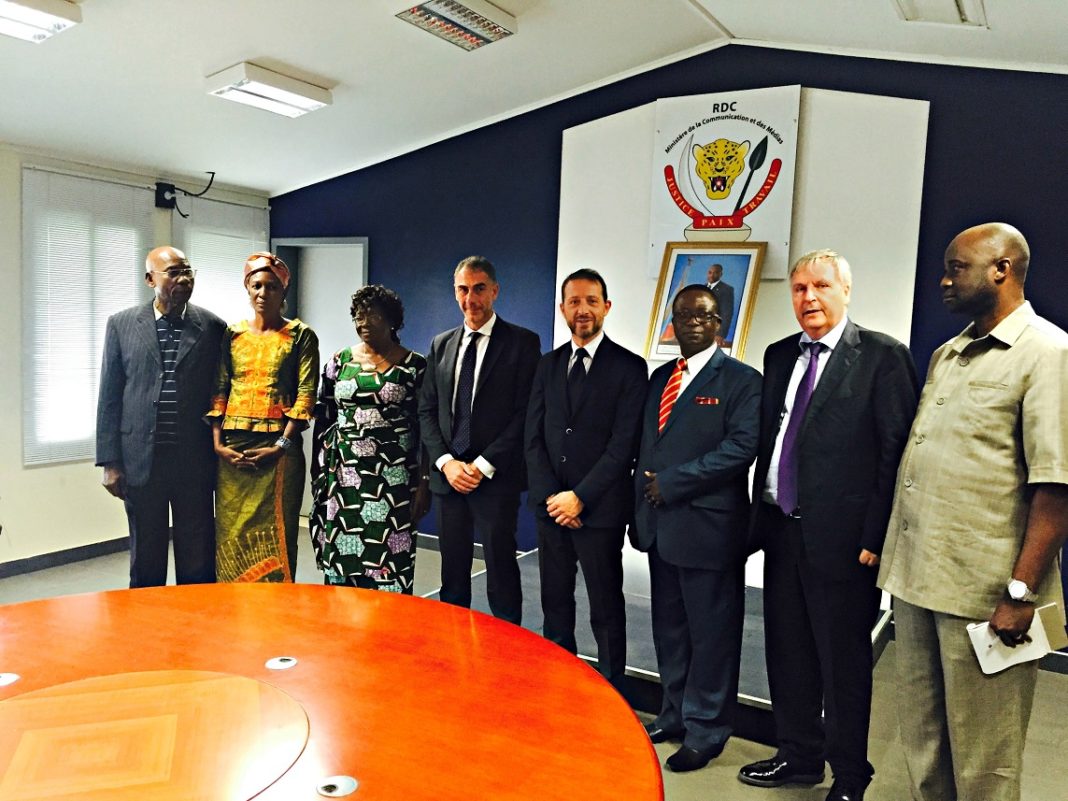 Agi – Agenzia Giornalistica Italia pursues its international strategy enhancing the covering of Sub-Saharan Africa, thanks to the signature of a Memorandum of Understanding for an editorial cooperation with Agence Congolaise de Presse, the main news agency of the Democratic Republic of Congo.
The agreement with ACP – Agence Congolaise de Presse was signed in Kinshasa by the CEO of Agi, Mr. Gianni Di Giovanni, and by Mr Justin Kangundu Khossy, General Director of ACP – Agence Congolaise de Presse, at the presence of the Minister of Communications and Media, Mr Lambert Mende Omalanga, and of the Ambassador of Italy to the Democratic Republic of Congo, Mr Massimiliano D’Antuono.
The strong synergies arising from this agreement aim to promote the editorial development both in primary information production and in integrated communication activities, as well as in joint professional training activities and in event organization.
“This agreement is very important since it makes the Italian and European world aware of the reality of the Democratic Republic of Congo, which is still unknown to most people” stated the Minister of Communications and Media, Mr Lambert Mende Omalanga. “Agi is the first European news agency to sign an agreement with the RDC, and this Memorandum of Understanding will open new opportunities between our two countries, both in commercial terms and with reference to the exchange of information”.
“Agi has always focused its attention on events in the African continent” declared Agi’s CEO Mr Gianni Di Giovanni, “in the perspective to support the Country System towards economic and political contexts having a better complementarity and integration capacity with our country. We are sure that the partnership with ACP will enable us to carry out this supporting role in a better way”.
Agi – Agenzia Giornalistica Italia is one of Italy’s leading news companies. Since 1950 its news bulletins inform Italian institutions, businesses, industries and media. Agi’s international growth strategy focuses on strategic areas worldwide, through a network of correspondents and partners in over 50 countries and news production in 7 languages, 24 hours a day and 7 days a week.