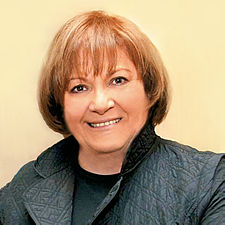 These two words encapsulate Europe’s priorities on energy. The challenges of infrastructure, of the single market, and of supply that is affordable for households and competitive for industry. Amalia Sartori of the European Parliament explains the Union’s agenda

Europe’s energy policy is based around the two guiding principles of security of supply and care for the environment. As such – explains Amalia Sartori, who since 2011 has served as Chair of the European Parliament’s Committee on Industry, Research and Energy –Europe must diversify its energy sources and supply routes, create new infrastructure into and between European states and round out the single market. The E.U. will also be looking to back energy sources with a lower environmental impact.

What are the main energy challenges that Europe is facing today?

Our main challenge is achieving security of supply at prices that are affordable for households and competitive for industry, in a way – obviously – that is safe and sustainable. This follows the guidelines from the conclusions of the European Council meeting of May 22, 2013, which state: “The E.U.’s energy policy must ensure security of supply for households and companies.”

How will these guidelines be translated into reality?

Firstly I think it is worth noting that – thanks to the Lisbon Treaty, which puts energy at the heart of E.U. activities and gives it a legal basis – energy policy within the Union is partly an E.U. matter, while decisions over the energy mix remain the prerogative of each individual state. Each country can decide which energy sources to use to make up its mix. The European Union has decided to follow the “20-20-20” policy [a 20 percent reduction in CO2 emissions, a 20 percent improvement in energy efficiency, and raising renewable resources to 20 percent, all by 2020 – ed.]. Everything we have envisaged for 2020 has already been translated into regulations or directives. The last one we adopted related to energy efficiency ,and we have had very good feedback. Actually, even though individual states are only required to begin implementing it next year, all governments are already putting the provisions into action. All member states are working towards the objectives that were set, and some are even exceeding them. Now we are focusing on 2030 and 2050. Since we think global energy demand will continue to increase in the future, the first objective is to diversify our sources and supply routes. We are keeping a close eye on the various projects currently on

the table in this regard. We think the project that is currently going best is the Trans-Adriatic Pipeline (TAP), which is racing along. The Nabucco pipeline, which was more heralded at the start and had attracted greater interest from the European Union, has now fallen a great deal behind. Lastly, we have an issue over European infrastructure in terms of energy networks. As it stands, despite a strong appeal from the European Parliament and the Commission, the E.U.’s member states have not managed to give a proper answer, in financial terms, to the proposals of the Connecting Europe Facility (CEF), which above all provides for the interconnection of the various E.U. states. According to our calculations, it would cost 200 billion euros to connect our countries with energy infrastructure. Europe has put five billion euros on the table. So the big question mark is over who is going to provide the rest of the money. Of course, large private companies could put up the funds, but we have to work out how to make this kind of investment more attractive for them. Otherwise we will not be able to make these investments, even though they are essential – including in view of the completion of the internal energy market, which should theoretically come to fruition in 2014.

What about energy sources?

To answer that question we have to bring in two more major issues: the first is the environment, which we are very careful about and which leads us to favor sources with a lower environmental

impact; the second is energy efficiency and developing renewables. To date, the projections in every European Commission study on energy sources have made it explicit that even though 85 percent of our energy from now until 2050must not come from fossil fuels, we cannot do without

them in the intermediate phase.

New technologies will be hugely important during this transition phase …

Definitely. The question of shale gas, with all its pros and cons, recently hovered into view. The debate is ongoing and is getting a lot of attention, partly because – although it looked at first as if only Poland, the United King domand Romania had shale gas – now it seems as though it is pretty much everywhere in Europe, except perhaps in Italy. Of course, we immediately noted the potential environmental issues, but research is underway to find ways to reduce its impact. So, I think this is an area where we can probably make some headway on increasing the E.U.’s self-sufficiency to an extent.

A bit like what has happened in the United States?

Exactly. What is more, we should point out that in Strasbourg we recently passed the first resolution on the trade agreement between the European Union and the United States. This is an extremely important agreement because, just three or four years ago, the United States probably could not have imagined that things would develop as they have, but now it is taking a keen interest in Europe once again. The collaboration between the United States of America and what I call the United States of Europe is now properly under way, with the potential for creating a free-trademarket between us in a whole series of areas. I also see this as being important in political terms. What has happened in recent years has probably made the U.S. reflect on how sensible it was to “abandon” a strong and significant relationship with a part of the world that still represents a market of 500 million citizens (willingly or otherwise) and has a strong economy. I think energy, too, will have a part to play in this relationship. For example, working together on new technologies could be an avenue worth exploring.

What about nuclear energy?

I think traditional nuclear energy will be hard-pressed to hang on in Europe, because of the accidents that have happened. I do not see a huge future in this area. Of course, there is the big question over fusion, which would be the ideal solution for clean, low-cost energy. Europe is funding the ITER project, along with many other countries. We will continue to fund this grand vision, but we are talking about medium- to longterm timeframes.

Many refineries in Western Europe are closing and, according to a study by A. T. Kearney, one in five are at risk of being squeezed out of the market in the next five years. Is this inevitable or is a change in fortunes possible? If so, how?

Certainly, the refining industry in Europe is going through a particularly delicate time: on the one hand, there is a global crisis causing a decline in consumption; on the other, there are environmental restrictions and the impenetrability of European regulations, which have continued to multiply over the years, forcing the refining industry to address a whole series of problems it had not faced in years gone by. Now what refiners are asking for is legal clarity, freeing the industry from some red tape, and stimulus for new investment. At European level there is an awareness that the energy sector –more than many others – is in constant flux: there are always new discoveries and innovations, but also fresh limitations and restrictions. As such, more than in other industries, all enterprises (but especially refiners) must focus even more on research and development to answer the environmental concerns that are part and parcel of this world. We must bear in mind that operating in Europe is harder than operating in Asia or the Middle East – not only because of the different tax systems, labor costs, access to credit and the immediate availability of raw materials, but also because of the restrictions that are in place. We cannot persist with subsidies, because subsidies are only useful in a transition phase to help a company to change direction, to understand new market demands and opportunities. If a company stands by and does nothing, subsidies only help put off the inevitable. In 2009, there were 98 refineries in Europe. Since then refining capacity has fallen 30 percent, seven facilities have closed and a further 13 have changed ownership. We have got three refineries up for sale at the moment and Petroplus, one of the most important independent operators, has gone bankrupt. Themost pessimistic predictions talk about the possibility of another 40 facilities closing down. That is why Commissioner Tajani and Commissioner Oettinger pushed ahead with two initiatives that are underway right now. Last year they launched the E.U. Refining Forum, which held meetings in November 2012 and April 2013, with another scheduled for next autumn. The purpose of this permanent body is to monitor the security of oil products and to involve industry representatives, leading to the adoption of jointly-formulated European policies. The second initiative is what the Forum calls “fitness checks” to provide ongoing monitoring of the health of the refining sector. In the coming weeks we are also set to adopt a large-scale European program for research and innovation called Horizon 2020, which ought to provide about 70 billion euros over the coming years and could give real impetus to addressing innovation in the industry. The other thing we can do is to work on streamlining regulations, avoiding legal overlaps and constantly monitoring the impact of the various regulations on industry competitiveness, in order to ensure that we can compete with non-E.U. countries.

It is easy to talk about these objectives, but hard to achieve them– we are quite aware of that. These are the solutions that the Forum has put forward, so the Commission is working on them.