Home Ricerca Blessed with resources, the wealth of Kurdistan 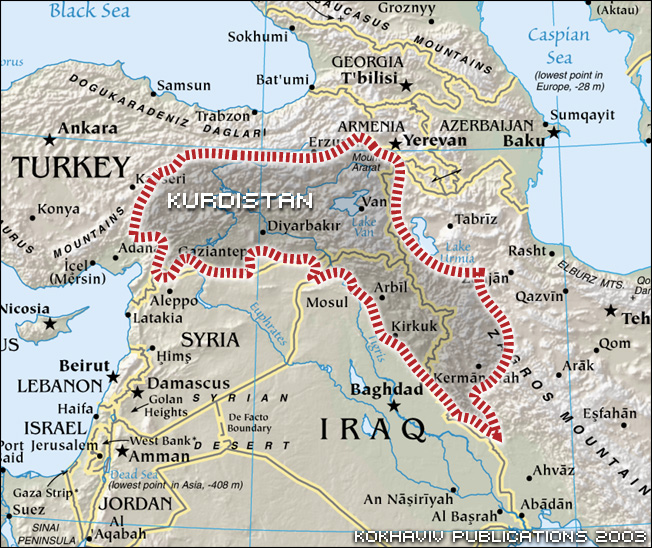 The Kurdistan’s abundant resources, with reserves estimated at 45 billion barrels of oil and 3-6 trillion cubic meters of gas, will ensure stability and development in Iraqi area and a secure supply to expanding markets. This is the opinion of Ashti Hawrami, Kurdistan’s minister for natural resources, that in this interview summs up the regional government’s strategy on energy and development

The resource curse of the past must be turned into a blessing,” says Ashti Hawrami, Kurdistan’s minister for natural resources, summing up the regional government’s
strategy on energy and development. Kurdistan’s reserves of oil (45 billion barrels)
and gas (3-6 trillion cubic meters) will help to ensure the stability of Iraq as a whole and guarantee security of supply for growing markets such as Turkey. Hawrami claims that the region will be capable of exporting around 400,000 barrels per day by early next year and 1 million barrels per day by the end of 2015. The regional government aims to reach exports of 2 million bpd by the end of 2019.

After the fall of Saddam Hussein’s regime, the autonomous region of Iraqi Kurdistan underwent remarkable economic and social developments, due largely to energy resources, making it an important player from a political prospective as well. What role do you think Kurdistan can play in the stabilization of Iraq and of the region as a whole?
In the past, Iraq’s natural resources have been used and abused to fuel internal repression and to fund damaging and costly wars with Iraq’s neighbors. We in the Kurdistan Region are determined to make sure that never happens again. Iraq’s federal constitution, passed in 2005, has as its fundamental concepts power sharing and revenue sharing. It decentralizes the management of new oil and gas reserves in the country to the Regions and Governorates, and calls for joint rights for the old fields. By supporting and implementing the requirements of the constitution, the Kurdistan Region Government (KRG) will be aiding Iraq’s unity and stability. The
KRG’s policy is to use our oil and gas wisely and prudently so that the benefits go not just to the people who live in the Kurdistan Region and Iraq today but also to future generations. The KRG believes in managing its resources so that they can play a major role in helping Iraq economically and also providing reliable security of supply of energy resources for growing markets such as Turkey and other international actors.

Can you explain the guidelines of the Regional government concerning the development of energy policies, in particular regarding the construction of new transport infrastructure – and the role that international companies can play in this process?
All oil and gas activities in the Region fall within Kurdistan’s oil and gas law of 2007. This law is entirely in line with Iraq’s federal constitution. Under this law, the KRG has signed over 50 production sharing contracts with international oil and
gas companies from over 20 different countries. We started with the small independent exploration companies and are now in a period of consolidation whereby the majors, such as ExxonMobil, Chevron, Gazprom and Total, have all signed
exploration contracts. There have already been some significant discoveries, and the KRG will be able to export about 400,000 barrels of oil per day by early next year and 1 million bpd by the end of 2015. The plan is to export 2 million bpd by the end of 2019. So you will see a great growth spurt at all levels of the industry, from the exploration phase to field gas will find its way to market through an extensive internal pipeline network that is currently being constructed to the border with Turkey. The KRG pursues a pro-business policy and believes the private sector, rather than the state, is the most effective and speediest implementer of our plans for export infrastructure.

In the past there have been differences between Erbil and Baghdad over the possibility of exporting oil and gas from Kurdistan, as well as over the division of the proceeds. But it seems that an agreement has recently been reached. Could you explain the details of this agreement?

The KRG’s policy on oil and gas is to implement the provisions of Iraq’s constitution, under which oil is owned by all the people of Iraq in all its Regions and Governorates, but management and control of the extracted resources falls to the Regions and the Governorates. Oil and gas are not listed as the exclusive preserve of federal government. Any lasting agreements and laws on hydrocarbons in Iraq must be based on these fundamental concepts. Unfortunately there are some people in the federal government who want to turn back the clock, and try to recentralize government in Iraq. That will only bring more failure. The KRG is committed to cooperation and coordination, not confrontation, and will engage in constructive dialogue with counterparts in Baghdad to resolve all outstanding oil and gas issues within the context of the constitution.

Can you give us an estimate of the proven reserves in the Kurdistan Region?
Estimated reserves are 45 billion barrels of oil and 3-6tcm of gas. These are reserves that Iraq never knew it had until exploration started in Kurdistan following the removal of the former regime in 2003, and they can add to the resource wealth of the whole country.

It is obvious that energy resources will ensure economic growth for the region; how is the Government planning to use them?
The resource curse of the past must be turned into a blessing. Which is why, for example, our production sharing contracts require companies to commit sums of money to capacity building. Some $3 billion has already been spent, allocated to social programs including hospitals, universities, water sanitation, and social housing programs for victims of the past dictatorship. We must also use our oil and gas to help diversify the Region’s economy and ensure the well-being of future generations.
Areas targeted for growth include agriculture, tourism and mining.

Despite its huge production capacity, Kurdistan is still lacking in refining capacity, as is the whole of Iraq. The Iraqi Strategic Plan 2008-17 aims to increase refining capacity from 600,000 to 1.5 bpd. Are there going to be any facilities in your Region?
The Region’s downstream activities are operated by the private sector. There are two main refineries, one at Kalak, west of Erbil, and one at Bazian, near Sulaymaniyah. Their combined output is 70,000 barrels per day, but ongoing work will upgrade refining capacity to 100,000 bpd by the end of this year. There are also currently a number of topping plants, or small basic refining units, that fill the need for the KRG’s domestic demand for products until the bigger refineries are able to ramp up their capacity. Under an agreement with Baghdad, the KRG is entitled to 17 percent of Iraq’s total refined products. The Kurdistan Regional Government (KRG) policy is to become self-sufficient in refined products by the end of 2015.