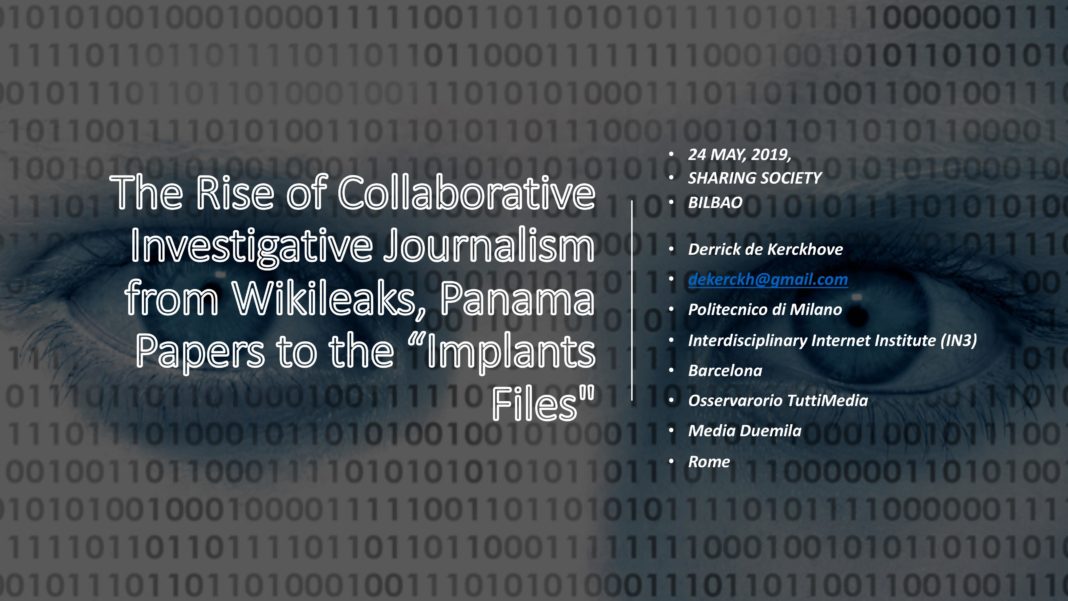 Collaborative investigative journalism as before depends on information coming from various sources but today also from various new media. The Internet has increased the relevance of intensified collaboration to respond adequately to two contradictory challenges, one an irrevocable drive to transparency, the other a flood of fake news that disrupt all sectors of society. Whistle blowing has also known a long history, but so risky that provisions to protect people who took that chance were included early in the American constitution. Compromising secrets or fake news emerge from many sources and when investigative journalists confront disinformation or big business malpractice and collusion issues with local institutions and governments, it is better to put up a common front, even with rival media. Wikileaks was not the first example of such collaboration, but it brought it up to public attention. Panama Papers brought to public view that tax evasion has been practiced by big business – and even big name businesses including OTTs – at the detriment of most nations’ economies. That is changing now under conditions of electronic media. Suspicion of abuse has turned into certitude and generated many populistic revolts even in countries that are muzzled by totalitarianism. An interesting question is how far can transparency change both public and government ethics.