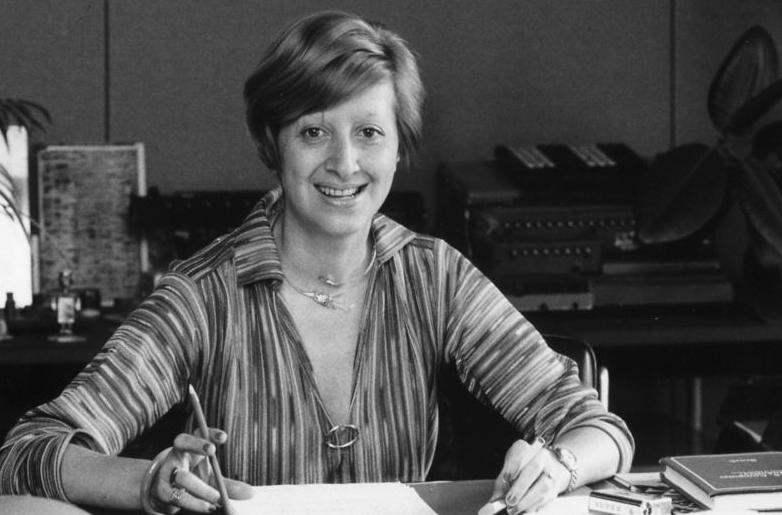 “I like to think that my story will give confidence to young women starting their career: a woman can succeed in any career she wants, provided she accepts the rules of the game and believes in herself,” with these words, the Olivetti web site reminds visitors about a woman who made history in the last century, a century in which epoch-making changes have followed and the consequences are in the eyes of us all. To quote the words of Nils Bohr: “Who is not astonished gives indication that he or she has understood nothing”.
Today even more than yesterday a woman can make it, as Bruno Lamborghini (AICA President, Vice President of EITO Olivetti SpA) tells Media Duemila “she never lost her sense of femininity; she emphasized the fact so much so that her arrival through the austere corridors of Olivetti was announced by a tinkling of bracelets.”
To celebrate this woman is also to celebrate a dream come true at a time when women were not given much room to move. And definitely was never allowed in the control room of corporations.
Franco Tato, now president and CEO of Mikado Film, CEO of Italian Treccani Encyclopedia and chairman of Fullsix SpA, was the one who believed in her capacity: “I claim this intuition. Thanks to my intuition Marisa Bellisario began a successful career. At the time of the interview she was just graduated. The big computers were her field, she begun to computerize the Marzotto and other italians companies. After some years I met her as collegue. She is definitely a myth”.
Among those who knew her, Carlo de Benedetti, entrepreneur and internationally recognized leader of L’Espresso, recalls: “I met Marisa Bellisario when I was appointed CEO of Olivetti in early 1978. She was then the closest assistant to the President – Chief Executive Officer, Ottorino Beltrami. She was a strong-minded person, a tireless worker. Her greater merits were her competence and ability to work. Her main limitation was the difficult relationship with her colleagues. For this reason I sent her to the United States as President of Olivetti Corporation of America, to involve her in a field where she could express her ability on her own turf. The result of her American experience was not a happy one and I had to call her back in Ivrea. She felt mortified by this failure and decided to leave the company to become CEO of Italtel. With her energy and her ability she attempted a revival of the company but that was unfortunately interrupted by the terrible illness that struck her down in the prime of her activities. I have of her the memory of a loyal person, innovator, with a great passion for her work.”
So she was sent to America for her difficult relationship with colleagues; this is perhaps a clear indication of a certain type of behaviour that today might require a human resource review. But what creeps in my mind is a doubt that links a possible distrust towards a young and handsome woman who imposed and gave orders in a completely male world where women had no other option but to enter at the rank of secretaries. If the technologies have changed not only our way to communicate, being women today has changed radically even if some paradoxes, old as the world, seemed hard to die.
Bruno Lamborghini continues: “Her being a woman and manager has created the symbol of a revolution. She entered meetings in miniskirt, a very shocking attitude in Italy in the 60s, although the Italians have always been more amenable to women and equal opportunities than Americans for example. In any case, all men acting obedient, the meetings were rapid.”
Derrick de Kerckhove, scientific Director of Media Duemila has expressed some doubt about this suggestion: «Bruno Lamborghini is giving a nice role to Italians in this regard, but not necessarily a true reflexion of the Italian reality, even today. Not only did American women clearly launch mass feminism in the 60s and 70s with Betty Friedan, Shere White, Erica Jong, Kate Millet, Germaine Greer (albeit an Australian, Greer made more waves in the States than in her own country, but her book, the Female Eunuch -1970 – was translated only years later – 1976 – in Italy) and many others, but to this day, women continue to be playmates on national television and to be ranked a second-class citizens in most Italian corporations».

Extract from “The Changing Culture Of Communications”