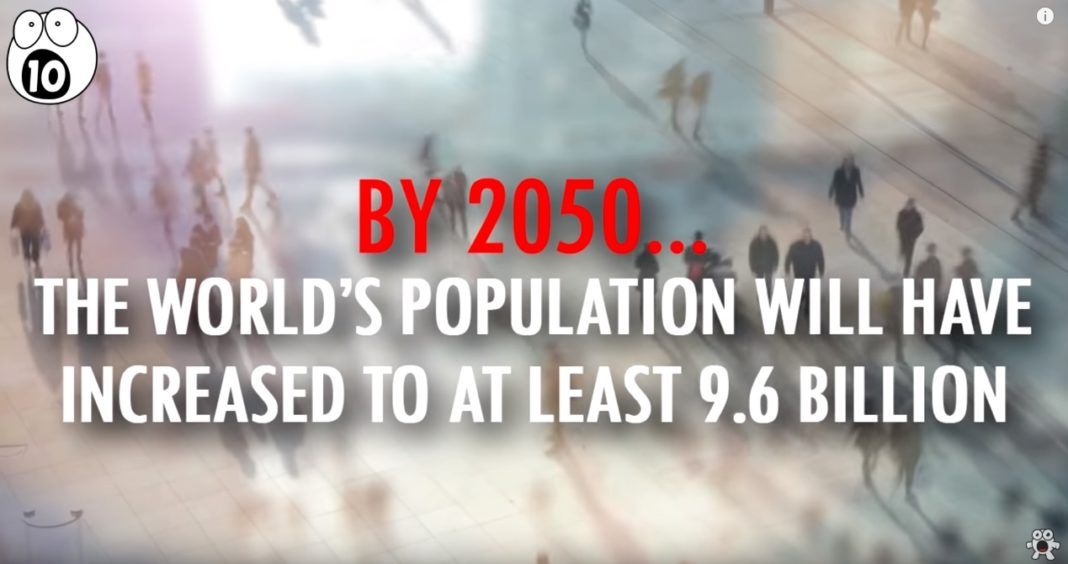 2050 is not that far away, a little more than 30 years. Yet in the last 30 years many things have changed and a few of the things we take for granted today were not even imaginable 30 years ago by the majority of people (to name but a few: Internet, cell phones, tablets, robotic vacuum cleaners, digital cameras…).
Hence, whatever we imagine today about 2050 is likely to be superseded by what will actually happen.

Yet, there are a few trends that we can take for granted:

You may take a look at 2050 expected changes in the US narrated in the video clip.

Personally, if I were asked to bet on three single things that will make a difference in thirty years time I would say:

Let me elaborate on these.

Disappearance of the keyboard

We are already seeing today an evolution of interfaces, we are using touch screens and voice control more and more. In some areas gesture interaction is picking up and in gaming we are seeing BCI getting used (more as gadget than as effective tools…).

I am convinced that in 30 years time interacting with a keyboard will seem as alien as it would seem today using a punched tape as input medium to a computer.

Interaction will be a usual experience with a variety of objects, many more than we are used today, and it will take place at a semantic level, as it is the case today when interacting among people. Interaction, as with people, will be contextualised by the object to extract the meaning. Voice and gesture (touch) are likely to take the upper hand.

We are already seen today the emergence of augmented reality and we are used to be connected as a way to access information every time need arise. Be it at a theatre out of curiosity to know the age of an actor or to check the user manual of a washing machine. The web has become an integral part of our life. In thirty years time a seamless interaction will make the cyberspace coexisting with the space made of atoms. Bits will be all over the place and augmented reality will be the “reality”.

Emotion capturing will be part of the interaction and objects are likely to feel our mood to the point than when interacting with them it would feel like they understand our mood and behave accordingly. In this sense, even though brain computer interaction through direct sensors implant will still be restricted to some niches, the boundaries between minds and the external reality will be blurred. And this takes me to my third prediction.

Things will have a soul

With “soul” I am not entering into any religious belief, I am just using it in the sense that we attribute a soul to our dog because we feel a shared empathy with it (him?). Anthropomorphic robots will be common, as helpers to elderly and in hospital, for rehabilitation and for training. Kids will be playing with robots and will communicate with them, becoming friends.

Attributing a soul to these categories of robots will be quite natural. But it won’t stop there. Other robots, not anthropomorphic, like cars, may interact with us in such a way that it will be natural to attribute a soul to them as well. And car manufacturers may even make a point in advertising the nice and pleasant character of a car, as today they advertise its horse powers. What about a building, our home? It is already common to say that a home has a character, once it becomes interactive and the interactions will be tailored to our feeling won’t it be natural to attribute a soul to it?

The point I am making is that the tremendous advances in interaction with our environment will change our feeling about it and eventually that might even prove to be a good things since it will be more natural to respect something we feel in synch with us.