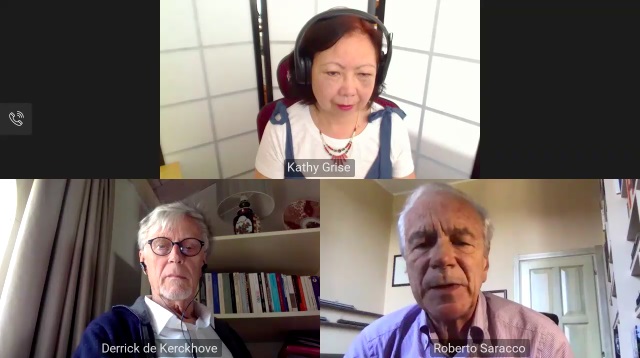 Many countries have been overwhelmed by this epidemic. What seemed just few months ago a problem restricted to a specific area has now spread to most regions in the world. This has led to exceptional measures, like the lock down of cities and entire countries and had people wondered how could it be that having progressed so much in knowledge and technology in this last century we are still facing a drama that the world faced several centuries ago?

Actually, the plague in the XIV century took much longer to infect the world, and just half of it. Covid-19 has spread everywhere in a matter of 100 days.

We have to thank technology for this faster spread, people can move from one place to any other place in the world in a matter of hours. And many people do.

2.7 million people are transported every day by 44,000 flights around the world according to FAA. And this does not take into account the billions that move around by car, public transportation, nor the number of packages, 1.5 million a day just in NYC.

We should be able to leverage technology for early awareness on an incipient epidemic, for its monitoring and for its control.

This is happening and several organizations are collecting data every day, locally and globally. Yet, it would seem this is not enough.

The big problem with the current epidemic, Covid-19 is that on the one hand the latency time, the delay between having been infected and becoming contagious, is 4 days on average, whilst the symptoms appear later, 5 days after having been infected on average. Additionally, there is a significant number of people that do not show any symptoms at all. This clearly makes contagion spread.

Containment becomes important to slow it down and this has led to drastic measures like locking down entire communities and quarantine persons at risk.

Now the lock down limits the freedom of people and clearly affects business operation. According to the International Labour Organisation Covid-19 might result in the loss of 195 million of jobs worldwide.

Our society is a connected society in every aspect. According to MIT a person in NYC interact during a week day with an average of 70 people. Notice that this number stems from analyses of cell phones movement in NYC. This goes for social life as well as for business. If people stop flying, airlines shut down their operation, so do the catering industry, airports, taxis and transportation to the airport, travel agencies –hotels both physical and virtual like AirBnB, restaurants and so on. In Italy this means 12.5% of GDP.

Managing the epidemic to decrease its social (health) and economic impact is the challenge we are facing today, both as individuals and society. How, as an individual can I maintain my social relations, can I transform my business in such a way that it can continue through the containment phase and rebound after that? As a society how can we protect the most fragile part of the population, how can we balance between safety, individual rights vs societal benefits, how can we minimise economic impact?

Technology can help in several ways

I spoke about early warning, creating risk awareness, managing containment actions. There is a technology that we are already using in a number of fields, mostly in manufacturing, that may help: the Digital Twins.

Digital twins are the sum of three components: a mathematical model of an entity, like a turbine, a mirror of its current status, what is called the digital shadow, and the record of changes experienced by that entity. General Electric create the digital twin of the airplane engines they produce and follow up their operation thanks to the continuous stream of data provided by sensors, IoT, on the engine, data that are communicated every minute from the plane to the engine digital twin in a cloud in California. This stream of data is analysed to detect any anomaly and if something looks suspicious specific analyses takes place resulting in actions, like decreasing pressure in a stage of the turbine to avoid overheating during the flight. Once the airplane lands, a technicians will be ready to work on the issue and fix it. The data coming from the plane are compared with those received from other planes to detect anomalous patterns. As an example, the data analyses of engine trust created a pattern similar to those of airplanes that refuelled at a specific airport showing a slightly decreased trust. Further investigation found that the problem was in a lower grade quality of the fuel used to refuel aircrafts at that airport. FAA was notified and action taken.

As you can see a digital twin is used to monitor a single entity and many digital twins can be used to look for anomalous patterns… and then take action. Isn’t this what we want to do with epidemics?

It turns out that the application of Digital Twin technology to people has been considered by a number of industries. Again General Electric with its healthcare division has been looking at Personal Digital Twins in the last few years. GE Sr. vice president and CEO at GE Healthcare John Flannery indicated the application of Digital twins to the healthcare areas as the enabler of a major transformation of this sector- Ge is not alone. Several other companies are considering Personal Digital Twins as a most promising technology in healthcare.

A personal digital twin can become an intermediator between a person and its environment, healthcare institution and authorities. Let’s look at this scenario.

My personal digital twin knows all about me, my healthcare history, and can use this knowledge to interpret the data my body is generating. Actually the ones generated by wearable devices or apparels in the environment, like the mirror in my bathroom. Among the many wearable devices my smartphone is probably the most important one. It knows how many steps I take during the day, the accelerometer it contains provide data that can be used to analyse my gait, when I talk on the phone apps can analyse my speech pattern and even detect breathing anomalies. Actually, researchers at Carnegie Mellon are testing an AI based application to detect the likelihood of being affected by Covid-19 through voice pattern analyses. Additionally, my watch can measure heart beat, and soon the oxygenation of my blood (rumours have it that new software on the next Apple watch will allow oximetry measurement).

My smartphone knows how close I have been to other people’s smartphones and for how long. These data can be analysed to evaluate risk of exposure.

The analyses can be performed by the PDT or on its behalf by some service in the network that will be using neutralised data so that privacy is preserved. External analyses of data coming from smartphones within a community can pinpoint patterns and raise red flags.

These red flags are made visible to single individuals to raise their awareness and induce responsible behaviour as well as to healthcare institutions that in turns may request the authority to take action.

Some of this actions may involve sending specific request to all PDTs in an area, or to those that need to take specific measures, like reporting for a test. If a test turns out positive this information changes the behaviour of the PDT, eg by sending out red flags to all those smartphones that have been close enough to have been at risk thus alerting their respective physical twin.

Containment actions can be enforced at the micro –single person- level, thus decreasing the overall impact, both social and economic.

At the same time the use of PDT can limit the breach of privacy for as long as it is possible and even when privacy has to be forgone this can be limited to very specific persons.

Many countries have started a debate on the use of cellphone, credit card, security camera… as a way to trace possible epidemic path and enforce testing and containment. Privacy advocate have spoken against this, although the spreading of the epidemic and its cost in suffering and economy is now stifling the opposition. On March 16th the EU reaffirmed the value of privacy and the need to comply with GDPR. Just yesterday  the EU issued a revised statement indicating that given the current situation it is possible to harvest and use data from cellphones.

All this is fine but it should be a starting point to create a healthcare safety net that leverages on the cyberspace. We should not be afraid of leverage on the data that are becoming more and more available, sure, we need to use them within a well defined, transparent framework.

As the Chinese sage noted that every challenge is an opportunity we need to exploit this opportunity to make use of the abundant technology to respond to today’s challenge and to prepare for a better future.