Home Energia e Ambiente The factors that have changed the sector 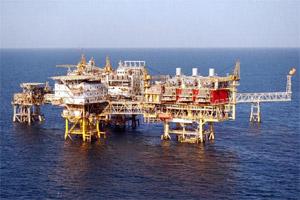 The global oil refining sector is undergoing a period of profound transformation. Seven important changes have come to light in recent years.

1THE INDUSTRY IS ON THE MOVE. Even though the number of refineries in industrialized countries is falling, new structures are spreading across the developing world. There are two main reasons for this geographical shift. Firstly, there has been a change in demand trends: according to OPEC forecasts, demand for refined oil products in the Asia-Pacific region will grow by around 2 percent per year between 2015 and 2020, compared with stagnant or even slightly declining demand in Europe and the United States over the same period. Partly as a reaction to this trend, the developing countries are set to increase their refining capacity by around 6.9million barrels per day between 2011 and 2015. In stark contrast, refining capacity in Europe and the U.S. is only expected to increase by 1 million barrels per day. The second reason behind the plant closures is the shrinking profit margins being earned by refineries in developed markets, where the sector is becoming economically unviable. A study conducted by consultants A.T. Kearney estimates that one refinery in five in the U.S. and Europe are destined to shut down in the next five years.

2THE OWNERSHIP STRUCTURE IS CHANGING. International oil companies (IOCs) have gradually abandoned the refining sector, making way for national oil companies (NOCs), which are building new plants in consumer countries as well as oil-producing areas. In their home countries, large NOCs are often seen as a way to stimulate the creation of new industrial sectors and new jobs, and to add value to oil exports. As such, increasing installed refining capacity is a natural way to build on NOCs’ activities. Saudi Arabia is a fitting example of this trend. Khalid al- Falih, CEO of ARAMCO, has said that Saudi Arabia could become the  leading oil refiner in the world over the medium term. He is not alone. In her recent farewell speech as president of the African Refiners Association, Anabela Fonseca declared with fresh confidence that “Africa is growing.” She is right: from Nigeria to South Africa, there are many plans for new refineries, some of which are already under construction.

3NEWENERGY SOURCES. Refineries often have no choice but to process low quality oil because the crude that is increasingly available tends to be heavier and “unconventional” – so much so that it requires special production and refining technologies. The crude oil that is currently processed most frequently has a lower average quality than in the past, is more viscous and has a greater metal content, including sulfur. In the past 10 years, massive volumes of heavy crude oil from Mexico, Venezuela, Canada and Saudi Arabia have displaced lighter, better-quality crude. Because of this, refineries need high-tech equipment to perform cracking – including desulfurization, thermal decomposition (visbreaking) and hydrogenating cracking – to reduce viscosity, separate heavy molecules into their lighter components and extract the sulfur and other metals. In some cases, unconventional heavy oil requires specific and sophisticated deep conversion refineries that make it extremely expensive to produce commercially viable products. This clearly adds to the pressures that are leading many refineries to close down.

4THE OIL REFINING SECTOR IS INCREASINGLY “GREEN.” As governments worldwide bring in increasingly strict environmental regulations, refineries have had no choice but to become “greener.” Specifically, rigorous domestic regulations on pollution and emissions controls have triggered a cycle of profound changes. Under the new legal framework, for example, the percentage of fuel oil in the global refining mix fell from 25 percent in 1979 to around 10 percent in 2011. In addition, co-generation plants are far less polluting than traditional power stations. Despite this, it is inevitable that efforts to build eco-friendly oil refineries will clash with the reality that the low quality oil available for refining is more polluting. This basic fact has given rise to many initiatives to try and reduce the environmental impact of the refining sector. One promising example of this new trend is the emergence of bio-refineries: developed along the same lines as traditional oil-based structures, bio-refineries integrate cutting-edge technologies and biomass conversion processes to produce fuels, chemicals, animal feed, materials and energy from non-traditional sources. Recently, two New Mexico companies – Tesoro Corporation and Sapphire Energy Inc. – joined forces to build a refinery capable of processing marine algae. Another encouraging sign is the rise of “Ecofining” – a process developed by Eni SpA and Honeywell UOP, which uses hydroprocessing technology to convert natural oils and inedible animal fats into clean diesel. The process has already been put into practice by Emerald Biofuels to build a refinery in Louisiana. However, perhaps the clearest example of the new trend for ecofriendly refineries can be seen in Italy, where Eni is engaged in a project costing $125million to transform the oil refinery in Venice into a biorefinery that will produce diesel from biofuels. Works are expected to conclude in late 2013.

5THE EFFICIENCY REVOLUTION. The need to cut costs to compensate for falling profit margins, together with more rigorous environmental requirements and the new opportunities presented by the latest technology, has led to a rise in the average efficiency of refineries. A clear sign of this is a more productive use of energy. The co-generation plants mentioned above do not only generate electricity but have also been designed to store heat, which is then recycled within the plant or supplied to communities in surrounding areas. This process could lead to 80 percent efficiency rates, compared with the 40-50 percent rates provided by combined cycles, gas turbines and coal powered plants. One of the main structures of this type is located in northern England and supplies the nearby Lindsey and Humber refineries, using 20 percent less fuel than traditional plants. Another example is the Jamnagar refining complex in India – the largest in the world – where environmental restrictions and the need to process heavy crude have propelled significant growth, which now balances the main economies of scale, based on these innovative projects that reduce both investment and management costs. The result is that the refining sector has never been as efficient and clean as it is now.

6NEWCORPORATE STRUCTURES. NOCs, IOCs, independent and specialized refineries, and national governments are coming together under new forms of partnerships and agreements. Historically, it was the IOCs that owned refineries in consumer countries. However, we are now seeing a growing interconnection of interests, giving rise to new corporate structures forged in order to meet the modern commercial and energy security requirements that affect producer and consumer countries alike. A good example of this is the refinery owned by the Motiva Enterprises LLC group in Port Arthur, Texas. The largest refinery in the United States, it is joint-managed by Saudi Arabia’s ARAMCO (a NOC) and Royal Dutch Shell (a huge IOC), and located in a third country – the United States. This structure allows Saudi Arabia to ensure a stable market for its heavy crude. For its part, the U.S. can count on a solid trade relationship with the world’s main oil producer, thus increasing its own energy security. Royal Dutch Shell, meanwhile, is able to expand its presence on both fronts: establishing a partnership with the producer and setting itself up as a key player in the U.S. refining segment. Agreements like this – where, for various reasons, partners reach a compromise to develop shared initiatives – are now the order of the day.

7CHANGING PRODUCT DEMAND REQUIRES DIFFERENT REFINING MODELS. New refineries are  already adapting to changing consumer preferences. Diesel, for example, will account for 60 percent of additional global demand for refined products by 2035 – a trend attributable both to diesel’s rising market share as fuel for cars and heavy vehicles, and to its increasingly frequent use as bunker fuel. Accordingly, new refineries will be set up to produce more diesel and less gasoline. Throughout much of the 20th century, the orthodox line was that technology, costmodels, the nature of demand and other considerations regarding risks and profits had – almost naturally and inevitably – caused the absorption of refineries into the structures of vertically integrated oil companies. Clearly, there were also independent refineries, but these were mostly the exception that proved the rule. In the majority of cases, large oil companies owned and ran refining assets as an additional step in the processing chain, from exploration to retail hydrocarbon sales. Now the situation seems completely different: although the idea of a vertically integrated refinery is still a key part of the industry, refining activities are expanding into hitherto unexplored places and situations, thanks to new operators, trade agreements, ownership structures, locations and technological innovations.